As an organization dedicated to preserving history, it should be no surprise that the Society has documented its own history. Each of these articles addresses a different aspect of our history, and the video captures stories of the early years recounted by Society members.

Edited from a 2011 article by Society members Cari Thomas and John Woodward.

In 1972, two women placed an ad in a Santa Barbara newspaper looking for others searching for roots; the response was the origin of the Santa Barbara County Genealogical Library.

For more than 25 years, the Society met in members’ homes, a community center, a public library, and churches. Their “library” began when members kept the books in their homes and carried them to the meetings.

By early 1998, the Society’s genealogical library had grown to more than 4,500 books and was housed on jury-rigged shelving in two rented rooms of about 600 square feet along with a computer, photocopier, desk, microfiche reader, six filing cabinets, and an 8-foot reading table. The library was bursting at the seams; and the Society at 475 members, continued to grow.

The dream of this “homeless” genealogy society came true in June 1998, when the family of Dr. Melville Sahyun, a local medical pioneer, donated his historic laboratory property to the Society to be used as a non-circulating library for family history research.

In the first nine months after the Society took title, volunteers tore out existing fixtures, walls, and plumbing. They built a new handicapped accessible restroom, rebuilt walls, rebricked the entryway, and painted the entire interior. Nine hundred and sixty linear feet of beautiful oak library shelving was hand-built (supplemented with an additional 18 sections of metal shelving for periodicals), then volunteers transported and reshelved 580 linear feet of genealogical books, maps, and periodicals.

Now, the library holdings include some 20,000 items, including books, periodicals, microforms (film & fiche), CDs, maps, and audio and video tapes. The library catalog is available online and on all computers at the Sahyun Library.

Read more about Dr. Sahyun’s career and many accomplishments below. 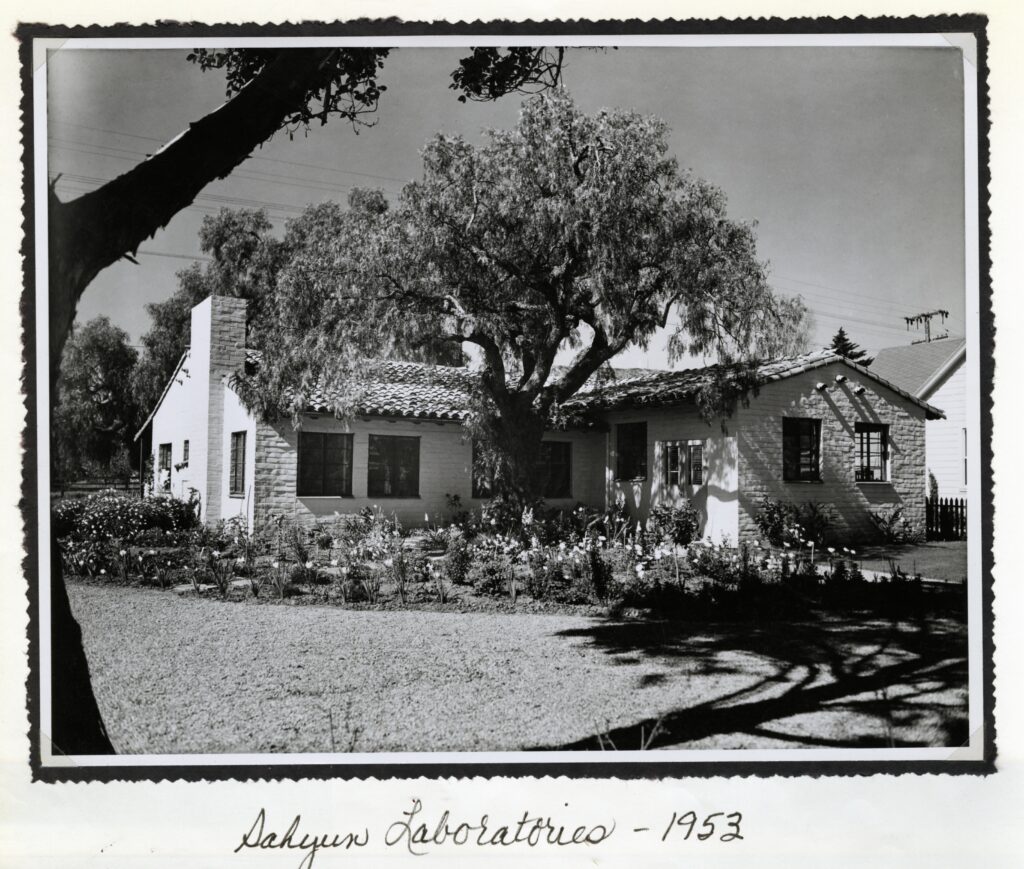 Edited from a 2011 article by Society Members Cari Thomas...